The Programme includes a new CO2 pricing regime aimed at emissions caused by the building sector and by traffic and transport. 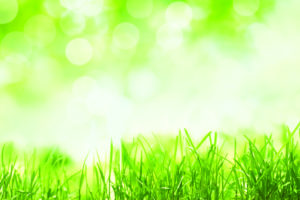 On 20 September 2019, the German government adopted the Climate Action Programme 2030, a plan to ensure that Germany achieves its climate protection goals for 2030, including a reduction of greenhouse gas emissions by 55% (compared to 1990). The Programme comprises a number of measures for all relevant sectors. Significant measures include:

CO2 pricing: New pricing of CO2 emissions caused by the building sector and by traffic and transport may be the single most important aspect of the Programme. The relevant national emissions trading system will be launched in 2021. Companies selling heating fuel (such as heating oil, gas, or coal) and fuel for vehicles will need to buy one certificate for every tonne of CO2 emitted by the products they sell. While fuel traders will initially bear the costs of these certificates, such costs are likely to be passed on to consumers. The trading system will start with a fixed price of €10 per tonne of CO2 in 2021 and increase to €35 per tonne of CO2 in 2025. After 2025, the market will set the price, within a fixed band. The total quantity of certificates issued throughout Germany shall be in line with the German and European climate targets.

Building and living: Fourteen percent of all CO2 emissions in Germany come from the building sector. The Programme calls for these emissions to be reduced by 40% by using a mix of CO2 pricing, incentives, and regulatory measures. Inter alia, the costs of refurbishment measures aimed at enhancing energy efficiency (e.g., for the replacement of older oil and gas central heating by more climate-friendly systems, or for the insulation of roofs and outside walls) will be subsidized.

In order to have between 7 million and 10 million electric vehicles registered in Germany by 2030, the Programme will continue and extend the current premium scheme for buying electric, hybrid, and fuel cell vehicles. Furthermore, a total of 1 million car charging stations are planned to be available in Germany by 2030. It will be mandatory for all petrol stations to provide charging stations on their customer parking areas. Moreover, the development of both a network of public charging stations and a private and commercial charging infrastructure will be promoted.

The Programme will grant extensive subsidies to the public transport sector. Local public transport will benefit from financial support in the amount of €1 billion per year until 2024, and €2 billion per year as of 2025. In particular, incentives will be granted to encourage bus fleet operators to switch to electric, hydrogen-, and biogas-powered technology. Moreover, the government and the state-owned railway infrastructure company, Deutsche Bahn, will invest €86 billion in track infrastructure.Air travel will be made more expensive by an increase of the air traffic surcharge and the prevention of dumping prices, and at the same time rail travel will be made cheaper by a reduction of value-added tax payable on railway tickets for long-distance travel from 19% to 7%.

Energy: The required CO2 savings in the energy sector will be achieved by phasing out the use of coal, the expansion of renewables, and enhanced energy efficiency. In line with the recommendations of the so-called Coal Commission, the energy production capacity of German coal-fired power plants will be reduced to 30 GW by 2022 and 17 GW by 2030. By 2038 at the latest, no more power is to be generated from coal (see German Government Commission Agrees to Phase Out Coal Power Plants by 2038). By 2030, renewable energy sources are to generate 65% of Germany’s power mix, supported by different promotion measures.

Industry: In the industrial sector, measures to promote energy and resource efficiency and to expand the use of renewables are the main instruments to achieve further CO2 reductions. Inter alia, the so-called national decarbonisation programme will support the development of climate-friendly production processes in emission-intensive industries, such as the steel and aluminum sector.

Financing: A sum in the triple-digit billion range will be made available by the government for the energy transition and climate change mitigation.

The government has emphasized that the Programme will not only be sustainable, but also socially balanced. Therefore, the revenues generated by the Programme (e.g., by the new CO2 pricing) will not only be invested in climate change mitigation measures, but also passed on to citizens in order to relieve their additional financial burdens. For example, electricity prices will be reduced when revenues from CO2 pricing rise.

Latham & Watkins will continue to monitor and report on subsequent developments.