Both bourses are seeking to incorporate the TCFD recommendations into their sustainability reporting regimes, extending a trend of convergence in regional ESG reporting standards.

By Paul A. Davies and Timothy Hia 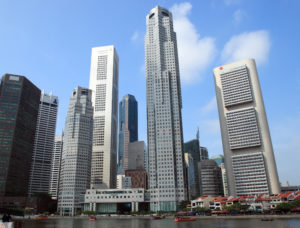 On August 26, 2021, the Singapore Exchange Regulation (SGX RegCo) released a consultation paper proposing amendments to the sustainability reporting (SR) regime of the Singapore Exchange (SGX). The proposed changes would require Singapore-listed issuers to move toward including in their sustainability reports climate-related disclosures that are consistent with the recommendations of the Task Force on Climate-related Financial Disclosures (TCFD Recommendations).[1] As part of the same paper, SGX RegCo is also seeking to require issuers to maintain and monitor a board diversity policy. END_OF_DOCUMENT_TOKEN_TO_BE_REPLACED

Strategy positions UK as a world leader in the hydrogen space, supporting 9,000 plus jobs and unlocking £4 billion in investment by 2030. On 17 August 2021, the Department for Business, Energy and Industrial Strategy (BEIS) published the UK’s first Hydrogen Strategy (the Strategy). The Strategy sets out the government’s roadmap for achieving its ambition of 5GW of low carbon hydrogen production capacity by 2030, as identified in the Ten Point Industrial Revolution Plan released in November 2020, with government projections indicating that 20-35% of the UK’s energy consumption could be hydrogen-based by 2050.

Forecasts suggest that by 2030, hydrogen could play an important role in decarbonising certain highly polluting industries that are unsuitable for electrification, such as chemicals, industrial furnaces, and long-distance or heavy-duty transport, as well as replace natural gas in powering around three million homes a year. The Strategy clarifies the government’s view that developing the UK hydrogen sector will achieve the twin goals of reducing the UK’s carbon footprint in line with the UK’s net zero commitments, whilst stimulating significant job creation and economic growth in the industrial sector. END_OF_DOCUMENT_TOKEN_TO_BE_REPLACED

The proposal encourages board diversity for companies listed on the exchange and provides stakeholders with consistent, comparable disclosures concerning board composition. On August 6, 2021, the US Securities and Exchange Commission (SEC) voted to approve Nasdaq’s proposed changes to its listing rules (the Board Diversity Objective), which seek to encourage board diversity for companies listed on the exchange and provide stakeholders with consistent, comparable disclosures concerning a company’s board composition.

The Board Diversity Objective requires companies listed on Nasdaq to:

END_OF_DOCUMENT_TOKEN_TO_BE_REPLACED

The start of trading represents a significant opportunity for businesses able to achieve meaningful reductions. More than 4.1 million tonnes of Chinese Carbon Emission Allowances (CEAs) traded on the first day at a price of RMB52.78 (or US$7.42) per tonne — an amount that was in line with analysts’ expectations for launch. Although this price is significantly below the prices of allowances in the EU ETS (€52.89 per tonne on July 16) or California (US$18.80 per tonne at the May 2021 auction), it is close to the allowance price in the Regional Greenhouse Gas Initiative (RGGI) — a cap-and-trade program covering 11 states on the east coast of the United States (US$7.97 per tonne at the auction held on June 2, 2021). Like China’s ETS in its initial phase, the RGGI covers only power plants. Since the launch, prices have largely held steady, although volume fell significantly after the initial flurry of activity. END_OF_DOCUMENT_TOKEN_TO_BE_REPLACED On 28 July 2021, the Loan Market Association (LMA) and European Leveraged Finance Association (ELFA) published a best practice guide (the Guide) to Sustainability Linked Leveraged Loans (SLLLs). The Guide provides practical guidance for market participants on the application of the Sustainability Linked Loan Principles (SLLPs) to leveraged loans, particularly loans made at portfolio company level. ELFA and the LMA deemed the Guide necessary given the increasing prevalence of sustainability linked financings in the leveraged loan market.

The Guide is intended to assist borrowers, lenders, and advisers when considering the integration of sustainability factors in leveraged loan documents, and should be read alongside the SLLPs and the LMA Guidance on the Sustainability Linked Loan Principles. These complementary documents were updated in May 2021 to reflect progression in the market and to ensure alignment with the International Capital Market Association’s (ICMA’s) Sustainability Linked Bond Principles. END_OF_DOCUMENT_TOKEN_TO_BE_REPLACED

By Paul A. Davies, Nicola Higgs, and Anne Mainwaring This blog post provides of an overview of the ESG ratings and data market and outlines IOSCO’s proposed set of 10 recommendations.

END_OF_DOCUMENT_TOKEN_TO_BE_REPLACED

FCA has published guiding principles on the design, delivery, and disclosure of ESG and sustainable investment funds. On 19 July 2021, the FCA published a letter sent to chairs of authorised fund managers, which sets out the regulator’s expectations regarding disclosures by funds that make ESG-related claims. The FCA aims to ensure that any ESG-related claims are clear and not misleading, both when a fund is applying for authorisation and on an ongoing basis.

The FCA has published these principles in response to the significant increase in funds applying for authorisation that have an ESG or sustainability focus. The FCA notes that applications are often poor quality and fall below its expectations, and many make claims that cannot be substantiated. The FCA observes that, in general, fund applications in this area often do not contain sufficient, clear information explaining their chosen strategy and how this relates to the assets selected for the fund. END_OF_DOCUMENT_TOKEN_TO_BE_REPLACED

The package aims to deliver on the targets agreed in the European Climate Law and fundamentally transform the EU’s economy and society for a greener future. On 14 July 2021, the European Commission (the Commission) unveiled a long-awaited package of proposals that seeks to align the EU’s climate, energy, land use, transport, and taxation policies with the European Green Deal’s emissions reduction target of at least 55% by 2030, compared to 1990 levels. The European Climate Law, which enters into force this month, will enshrine this target into binding legislation.

This blog post outlines the key elements of the package, which aims to fulfil the Commission’s ambition for Europe to be the world’s first climate-neutral continent by 2050. The proposals are interconnected and aim to ensure responsibility is shared evenly across sectors, with measures providing additional financial support where necessary. END_OF_DOCUMENT_TOKEN_TO_BE_REPLACED

By Paul Davies and Edward Kempson

The European Commission (the Commission) recently issued two key announcements relating to the newly published EU Sustainable Finance Strategy (the Strategy) and the new EU Green Bond Standard (the EUGBS). This blog will highlight key areas of focus in the Strategy and will explore anticipated dynamics in the green bond market and between the EUGBS and the International Capital Market Association’s (the ICMA’s) Green Bond Principles (the GBPs). END_OF_DOCUMENT_TOKEN_TO_BE_REPLACED