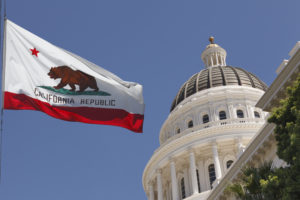 CARB held a workshop in Sacramento the same day it released the Revised Draft, during which staff presented an overview of the changes, answered stakeholders’ questions, and solicited any questions or concerns stakeholders may have. CARB is accepting public comments on the Revised Draft through August 29, 2019.

The Revised Draft’s proposed changes to the SF6 Regulation include the following:

Setting the baseline in 2019. Complicating matters, under the Revised Draft a GIE owner would face an emissions limit tied to the owner’s average capacity as of 2019. There is no mechanism to adjust average capacity, and thus the applicable emissions limit, to take into account new GIE placed in service after 2019. For example, if a new facility were to begin operations in 2021, the facility’s emissions limit would be zero. Even if the facility experienced a mechanical failure of only one GIE resulting in a release of an infinitesimal amount of insulating gas, the GIE owner would be in violation of the regulation, assuming the gas has a global warming potential (GWP) of 1 or greater. This proposed change could push those installing new GIE toward nitrogen or vacuum GIE (if available at reasonable cost).

Maintaining emissions limits for larger GIE owners. The Revised Draft maintains the previous draft’s larger GIE owner threshold at 5,500 MTCO2e despite multiple comments suggesting that this threshold be increased to 10,000 MTCO2e. CARB proposes maintaining the emissions limits of 1% (of baseline 2019 capacity) for years 2020 through 2034. After 2034, these limits would gradually decrease to reach 0.60% by 2049.

Easing the phase-out exemption process. CARB has requested comment on whether to ease the process for obtaining an exemption to the GIE phase-out requirement, particularly in the event of a catastrophic failure.

The Revised Draft’s proposed changes to the SF6 Regulation would still require GIE owners to further reduce SF6 emissions starting in 2020, and to eventually replace all SF6 GIE with alternative technology. With this regulation, CARB appears to be pushing stakeholders to adopt and install equipment utilizing nitrogen gas or vacuum technology as opposed to other insulating gases with higher GWPs. The technological and economic feasibility of this transition are subject to uncertainty. CARB has provided an economic analysis suggesting that costs to replace SF6 GIE would not be substantial given reduced maintenance and reporting costs, though stakeholders have taken issue with those estimates.

CARB staff anticipates that a proposed amended rule will be presented to the Board in early 2020 and will become effective in late 2020.