On 21 June 2022, the European Parliament and European Council reached a provisional political agreement on the terms of the EU’s proposed Corporate Sustainability Reporting Directive (CSRD). The CSRD will extend the current sustainability reporting requirements in the EU (namely those under the Non-Financial Reporting Directive (NFRD)), to include more companies and topics and to require more detailed disclosures, and represents a key piece of legislation in the international trend towards increasing sustainability-related reporting by companies. The European Parliament indicated this international aim in its press release announcing the agreement, stating that the CSRD “aims to end greenwashing and lay the groundwork for sustainability reporting standards at global level.”

While the full text of the agreed version of the CSRD has not yet been made public, the press releases from the European Parliament and Council do shine some light on the key provisions that will likely be included in the final document. END_OF_DOCUMENT_TOKEN_TO_BE_REPLACED Latham & Watkins is pleased to present its fifth annual CEQA Case Report. Throughout 2021 Latham lawyers reviewed each of the 51 California Environmental Quality Act (CEQA) appellate cases, whether published or unpublished. Below is a compilation of the information distilled from that annual review and a discussion of the patterns that emerged.

In 2021, the California Courts of Appeal issued 51 opinions that substantially considered CEQA while the US District Court for the Northern District of California issued one opinion. Notably, 2021 saw an increased focus on CEQA wildfire analysis. In cases like Sierra Watch v. County of Placer, the Court of Appeal ruled that the County of Placer failed to adequately analyze wildfire risks by wrongly assuming first responders would provide traffic control in the event of an emergency. And in Newtown Preservation Society v. County of El Dorado, the Court upheld a mitigated negative declaration in the face of public concerns that a bridge reconstruction project would result in significant impacts on resident safety and emergency evacuation in case of a wildfire.

Also notable in 2021 was the rare occurrence of a Court of Appeal partially affirming the denial of an anti-SLAPP motion following a CEQA lawsuit. In Dunning v. Johnson, the Court found that a project developer had established a probability of demonstrating lack of probable cause for the underlying CEQA petition, as well as a probability of demonstrating that the petitioners pursued the CEQA litigation with malice. END_OF_DOCUMENT_TOKEN_TO_BE_REPLACED

The Claims Code seeks to ensure the integrity of voluntary carbon markets to support achievement of the Paris Agreement goals.

The Voluntary Carbon Markets Integrity (VCMI) Initiative is “a multi-stakeholder platform to drive credible, net-zero aligned participation in voluntary carbon markets.” The VCMI Initiative, for which the UK government announced its support in March 2021, is co-funded by the Children’s Investment Fund Foundation and the UK Department for Business, Energy, and Industrial Strategy. A central objective of VCMI is to issue guidance for companies and other non-state actors on how carbon credits can be voluntarily used and claimed as part of credible net zero decarbonization strategies. To further this objective, VCMI published for public consultation a Provisional Claims Code of Practice (Claims Code) on June 7, 2022. END_OF_DOCUMENT_TOKEN_TO_BE_REPLACED

On June 21, 2022, the key operative provision of the Uyghur Forced Labor Prevention Act (UFLPA) entered into force, introducing a “rebuttable presumption” that any goods mined, produced, or manufactured wholly or in part in the Xinjiang region of China are in violation of Section 307 of the Tariff Act of 1930. Under the rebuttable presumption, any such goods are — unless proven otherwise by importers who comply with specific due diligence guidance and submit “clear and convincing evidence” that the goods were legitimately manufactured — presumed to be produced using forced labor, and therefore cannot be imported into the US and will be detained at the border. For more information on the UFLPA, see this Latham blog post. END_OF_DOCUMENT_TOKEN_TO_BE_REPLACED

The agency will use the information to take further steps to address climate risks in the commodity derivatives markets. On June 2, 2022, the Commodity Futures Trading Commission (CFTC) issued a Request for Information (RFI) to inform its understanding and oversight of climate-related financial risk relevant to the derivatives markets and underlying commodities market. The CFTC is seeking public feedback on all aspects of climate-related financial risk that “may pertain to the derivatives markets, underlying commodities markets, registered entities, registrants, and other related market participants.”

According to the RFI, public response may be used to inform new or amended guidance, interpretations, policy statements, regulations, or other potential CFTC action. The information will also inform CFTC’s response to the recommendations of the Financial Stability Oversight Council 2021 Report on Climate Related Financial Risk (see Latham’s blog post on the FSOC Report) and inform the work of the CFTC’s Climate Risk Unit (CRU) (see Latham’s blog post on the CRU). Comments on the RFI were originally due by August 8, 2022. On July 18, 2022, the CFTC extended the deadline by an additional 60 days; comments are therefore due by October 7, 2022.  END_OF_DOCUMENT_TOKEN_TO_BE_REPLACED 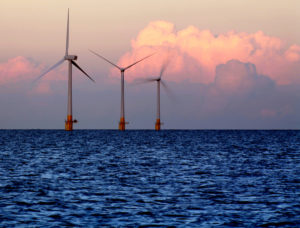 The action marks the clearance of another significant hurdle toward BOEM’s offshore wind lease sales in federal waters offshore California, anticipated to occur this fall.

In the first half of 2022, the Bureau of Ocean Energy Management (BOEM) has moved swiftly toward the first offshore wind lease sales in California, currently anticipated to occur in the fall. BOEM has identified a total of five proposed leases across two areas — the Humboldt Wind Energy Area (WEA) and the Morro Bay WEA. In April 2022, BOEM issued a Consistency Determination for the Morro Bay WEA — as required by the National Oceanic and Atmospheric Administration Federal Consistency Regulations — and, just last week, the California Coastal Commission (the Commission) conditionally concurred with this determination. END_OF_DOCUMENT_TOKEN_TO_BE_REPLACED

The record-low health advisories form part of the EPA’s 2021 PFAS Strategic Roadmap, which forecasts further regulatory action at both state and federal levels.

The move follows a number of similar standards that regulators and governments across the globe have proposed.

The consultations invite stakeholders’ views on the Environmental Liability Directive and the Waste Framework Directive.

In May 2022, the European Commission (Commission) issued public consultations in relation to the proposed revision of two of the EU’s key environmental frameworks. The consultations on the Environmental Liability Directive (ELD) issued on 12 May and the Waste Framework Directive (WFD) issued on 24 May mark the latest in a series of steps that the Commission is taking to revise and strengthen environmental controls in the EU, following on from the EU’s 2019 Green Deal. END_OF_DOCUMENT_TOKEN_TO_BE_REPLACED

The proposal would auction off almost 375,000 acres of the Outer Continental Shelf offshore California for wind energy development.

On May 31, 2022, the Bureau of Ocean Energy Management (BOEM) published a Proposed Sale Notice (PSN) for a pair of renewable energy lease sales offshore California. The PSN — which is the third offshore wind auction under the Biden-Harris Administration — represents a major inflection point in the complex and sometimes contentious process to bring wind power to the Outer Continental Shelf (OCS) offshore California. The timing of the PSN also dovetails with the California Energy Commission’s May 2022 announcement of the nation’s most ambitious target for offshore wind development: the state is seeking to construct 3 gigawatts of offshore wind capacity by 2030, with the potential for 10 to 15 gigawatts by 2045. END_OF_DOCUMENT_TOKEN_TO_BE_REPLACED