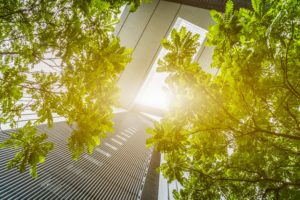 On 21 June 2022, the European Parliament and European Council reached a provisional political agreement on the terms of the EU’s proposed Corporate Sustainability Reporting Directive (CSRD). The CSRD will extend the current sustainability reporting requirements in the EU (namely those under the Non-Financial Reporting Directive (NFRD)), to include more companies and topics and to require more detailed disclosures, and represents a key piece of legislation in the international trend towards increasing sustainability-related reporting by companies. The European Parliament indicated this international aim in its press release announcing the agreement, stating that the CSRD “aims to end greenwashing and lay the groundwork for sustainability reporting standards at global level.”

While the full text of the agreed version of the CSRD has not yet been made public, the press releases from the European Parliament and Council do shine some light on the key provisions that will likely be included in the final document.

Which companies will be in scope of the CSRD?

Based on the European Council’s press release, the CSRD will apply to:

The inclusion of certain non-European companies marks a considerable expansion in the scope of the CSRD from the proposed scope that was included in the European Commission’s initial proposal, first published in 2021.

When will the CSRD requirements enter into effect?

What are the key requirements of the CSRD?

The specific reporting requirements of the CSRD will be set out in separate European Sustainability Reporting Standards (ESRS), a series of crosscutting reporting standards that will provide specific disclosure requirements and guidance on a variety of ESG topics. While political agreement has now been reached on the CSRD, exposure drafts of the ESRS are still undergoing public consultation, which will end on 8 August 2022. The specific sustainability reporting requirements that companies will face under the CSRD will become clearer once the ESRS are finalised. For more information on what the CSRD could mean for companies in the EU, see this Latham Client Alert.

The Parliament’s and Council’s press releases did make clear, however, that reporting under the CSRD must be accredited and verified by an independent auditor or certifier, who will be required to confirm that the sustainability information complies with certification standards to be adopted by the EU. Non-EU reporting companies must also be certified, either by an EU auditor or one established in a third country.

The Parliament and Council must formally approve the political agreement before it is published in the Official Journal of the EU. It will enter into force 20 days after publication and its provisions must be integrated into Member States’ national laws within 18 months from that date.

[1] Defined as a company that meets two of the following three criteria: (i) 250 or more employees, (ii) turnover of at least €40 million, or (iii) a balance sheet total of at least €20 million.