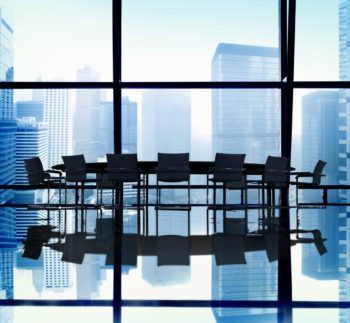 The US was represented at the forum by Matthew Pottinger, the National Security Council’s senior director for Asia. A few days prior, on May 12, the US and China announced a series of trade measures to improve access to Chinese markets for American beef and natural gas exports, among other sectors. Mr. Pottinger’s attendance at the forum, a change from the original plan to send a Commerce Department official, was widely seen as a response to the trade dea

President Xi’s “One Belt, One Road” initiative (OBOR), announced in 2013, is the largest infrastructure initiative of the 21st century, with projects planned in more than 60 countries at a cost of over $1` trillion. At a speech given at the opening of the forum, President Xi pledged $113 billion in additional funding for China’s silk road fund. The “One Belt” refers to land-based infrastructure projects as part of a “silk road economic belt,” while the “One Road” refers to shipping infrastructure as part of the “21st century maritime silk road.” The 65 countries planned to be included in OBOR comprise 62% of the world’s population and 30% of its GDP.

Moreover, China is making efforts to ensure that the trade links promoted by OBOR are in line with its environmental goals, as indicated by a Guiding Opinion on Promoting Construction of a Green “One Belt One Road”[1] (Guiding Opinion) jointly released on April 26, 2017 by the Ministry of Environmental Protection, the Ministry of Foreign Affairs, the Ministry of Commerce and the National Development and Reform Commission (NDRC), China’s chief economic planning agency. A key focus of the Guiding Opinion[2] is an emphasis on promoting “green trade” with countries connected by OBOR, both in terms of the infrastructure projects themselves, and in the trade facilitated by the initiative. Trade agreements signed by China, 14 of which include environmental provisions, also reflect this increased focus on green trade.

Western multinationals are eagerly pursuing contracts related to the initiative. General Electric China’s CEO, Rachel Duan, for example, told the New York Times that “[w]e have a laser focus on winning these [contracts],” which totaled $2.3 billion last year. General Electric plans to bid for an additional $7 billion in projects over the next 18 months. Approximately $50 billion has been spent on OBOR infrastructure projects to date, but much more is planned, including $46 billion in infrastructure and power generation projects in the China-Pakistan economic corridor, including the $1 billion expansion of a deepwater port on the Arabian Sea at Gwadar that will be connected to China’s new silk road by new rail and highway links.

OBOR sets up China as a leading proponent of economic globalization and integration, and provides a platform for China to take a more active role in internationally affairs, as it has done with respect to climate change. Cao Welian, director general of the International Cooperation Center of the NDRC, called the initiative “[a] plan to lead the new globalization 2.0.” As demonstrated by the Guiding Opinion, this vision will reflect China’s increased focus on environmental issues and on building a “green” economy.

[1] Guiding Opinion available in Chinese only.

[2] Article available in Chinese only.